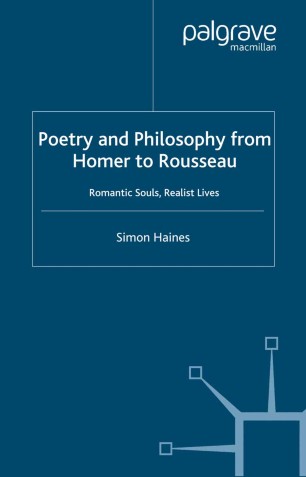 Poetry and Philosophy from Homer to Rousseau

This accessible and jargon-free book features readings of over 20 key texts and authors in Western poetry and philosophy, including Homer, Plato, Beowulf , Dante, Chaucer, Shakespeare and Rousseau. Simon Haines presents a thought-provoking and theoretically aware account of Western literature and philosophy, arguing that the history of both can be seen as a struggle between two different conceptions of the self: the 'romantic' (or dualist) vs the 'realist' or ('extended').