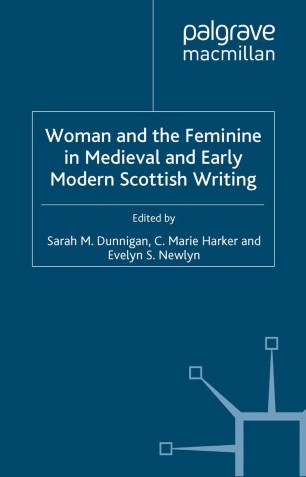 Woman and the Feminine in Medieval and Early Modern Scottish Writing

This collection is the first critical and theoretical study of women as the subjects of writing and as writers in Medieval and Early-Modern Scottish literature. The essays draw on a diverse range of literary, historical, cultural and religious sources in Scots, Gaelic and English to discover the complex ways in which 'Woman' was represented and by which women represented themselves as creative subjects. Woman and the Feminine in Medieval and Early Modern Scottish Writing brings to light previously unknown writing by women in the early modern period and offers as well new interpretations of early Scottish texts from feminist and theoretical perspectives.

'This is an impressive volume...the editors should be congratulated...a fascinating collection of essays that genuinely provide a well rounded introduction to Scottish women's writing for the Medieval and Early Modern Periods.' - Professor James Daybell, Central Michigan University