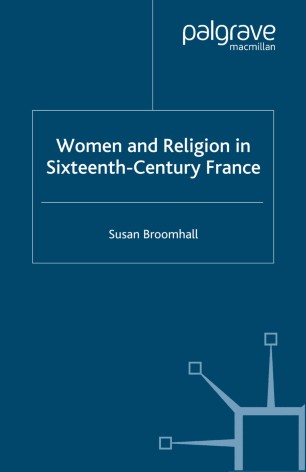 Women and Religion in Sixteenth-Century France

This work considers how Frenchwomen participated in Christian religious practice during the sixteenth century, with their words and their actions. Using extensive original and archival sources, it provides a comprehensive study of how women contributed to institutional, theological, devotional and political religious matters. Challenging the view of religious reforms and ideas imposed by male authorities upon women, this study argues instead that women, Catholic and Calvinist, lay and monastic, were deeply involved in the culture, meanings and development of contemporary religious practices.

SUSAN BROOMHALL is Senior Lecturer in Early Modern European History at the University of Western Australia. Her previous publications include Women and the Book Trade in Sixteenth-Century France and Women's Medical Work in Early Modern France.