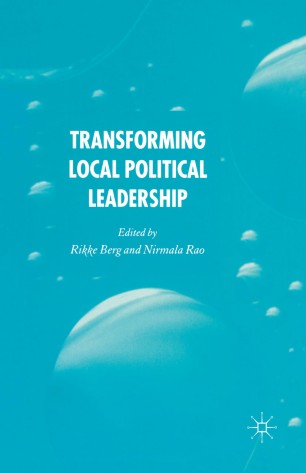 Local governments throughout the west are undergoing a transformation of their leadership styles and structures. Some countries have abandoned traditional systems of collective or committee based decision-making in favour of Cabinet models or, more radically, a directly-elected executive mayor, while others have strengthened existing mayoral systems. There are a few exceptions to this trend. Based on original research in eleven countries the book assesses these changes in terms of their implications for political accountability, the role of lay politicians, political recruitment, the professionalization of leadership, and relations with the bureaucracy.

'Berg and Rao have provided us with a valuable and righ collection of comparative materials on local political leadership...there is much that academics and professionals can learn from this collection'. - Michael Goldsmith, Public Administration