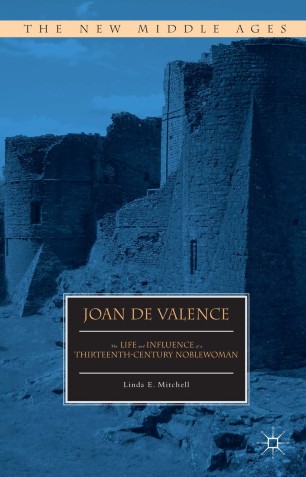 The Life and Influence of a Thirteenth-Century Noblewoman

Heir to an earldom, and wife and widow of William de Valence (half-brother of King Henry III), Joan de Valence was an important actor in the volatile political world of thirteenth-century England, Wales, Scotland, and Ireland. Yet, astonishingly, her story of survival, perseverance, and influence has never been told until now. Joan de Valence: The Life and Influence of a Thirteenth-Century Noblewoman draws on archival research, as well as tools of historical analysis and gender studies, to peel back the layers of this remarkable noblewoman's life. From her survival of the wars between king and baronage at mid-century to her life as a widow and magnate of the realm, the story of Joan de Valance, as Mitchell argues, exemplifies the range of experiences of noblewomen during the middle ages.

Linda E. Mitchell is Martha Jane Phillips Starr Missouri Distinguished Professor of Women's & Gender Studies at the University of Missouri - Kansas City, USA. She is the author of Portraits of Medieval Women and Family Life in the Middle Ages and senior editor of the journal, Historical Reflections/Réflexions Historiques.

“In Joan de Valence, Linda Mitchell takes up a number of challenges that face any scholar attempting to write the life history of a medieval woman. The result is a book making the case not just for this one powerful noblewoman, but for a return to the archives to reassess the underappreciated but important roles that women played in medieval society.” (Kathleen Ashley, Journal of British Studies, Vol. 55 (4), October, 2016)