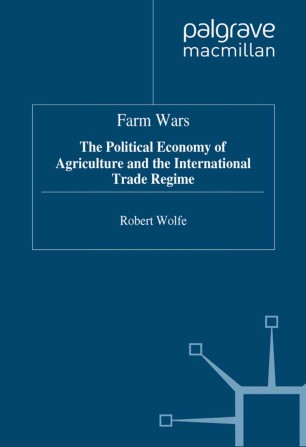 The Political Economy of Agriculture and the International Trade Regime

The Farm War of the early 1980s was rooted in the political economy of agriculture, but it was a crisis for the international trading system. The war was evident in disruptions on the farm and in world markets, in conflicts among major governments, and in disagreements in international organizations. Wolfe shows how and why battles over agricultural protectionism were largely resolved through the Uruguay Round of GATT negotiations, demonstrating that the global economy is not self-regulating: it needs institutions if it is to be stable.

'Wolfe has combined a detailed examination of international regimes and agricultural trade, an interesting application of the concept of embedded liberalism as developed by Ruggie on the basis of Polanyi, and a thorough analysis of the Uruguay Round negotiations. In doing so, he has made a notable contribution to the IPE literature generally and the work on multilateral negotiations in the context of the GATT/WTO in particular.' - Andrew F. Cooper, University of Waterloo, Canada