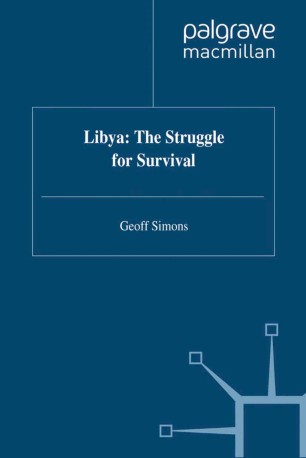 Libya: The Struggle for Survival

This book charts in detail the West's response, particularly that of the US, to Libya's possible involvement in the bombing of the Pan Am airliner over Lockerbie in 1988. It suggests that this response cannot be fully understood without consideration of the United States as sole military superpower in the New World Order. Geoff Simons argues that the US decision to target Libya, and to involve the UN in this policy, has more to do with the realpolitik objectives of a hegemonic power than with the disinterested use of international law to combat terrorism. The Lockerbie issue is set against a detailed history of Libya from the earliest times to the present, with emphasis on Libya's colonial past, the pivotal significance of Libya's oil resources, the character of the Gaddafi revolution, and the consequent impact on relations with the United States.