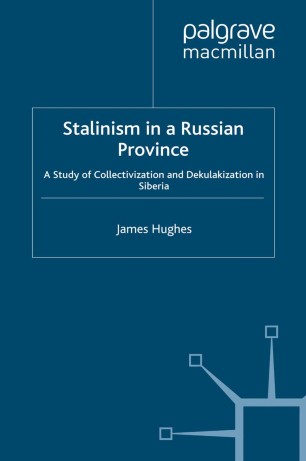 Stalinism in a Russian Province

A Study of Collectivization and Dekulakization in Siberia

Stalinism in a Russian Province reexamines the agrarian policy pillars of Stalin's 'revolution from above' initiated in 1929-30, and is the first major study of its kind since the opening of Soviet archives. Through a pioneering application of the theoretical approaches of moral and political economy to Stalin's peasant policy, Hughes reevaluates the causes and processes involved in the great political, economic and social changes in the Soviet countryside. Rather than a bipolarized conflict between state and peasant, he profiles the socially variegated response of different peasant groups to collectivization and dekulakization and argues that it was as much a process involving social conflict between peasants.