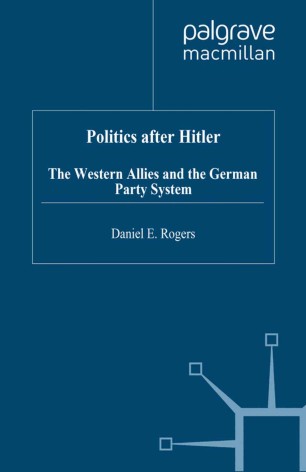 The Western Allies and the German Party System

`The demise of the Cold War requires that we look back to the moment and place of its birth in order to reassess those institutions most affected by it. Politics After Hitler is a significant contribution to this scholarly reappraisal and is must reading for students of German history.' - James F. Tent, The University of Alabama at Birmingham This book concerns the efforts of Britain, France and the United States to reshape German party politics immediately after the Second World War. Based on extensive archival research in the four countries involved, it concludes that interference by the occupiers made a stable and moderate party system in the Federal Republic of Germany much more likely than has been previously assumed. This interference was propelled not by concrete Allied plans for a German political revival, but by fears of reaction, revolution, nationalism and political fragmentation.