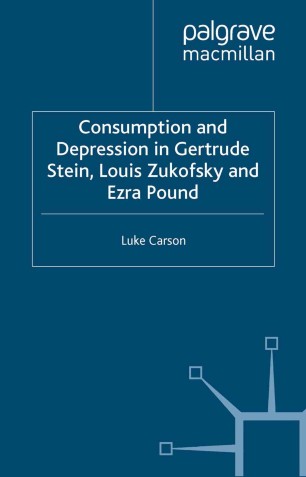 The career of Ezra Pound has come to represent the political tendencies which, it has been claimed, are inherent to modernist aesthetics. But the political impulses of the modernists cannot be adequately represented by Pound's extreme positions; Pound's own political activities and commitments, in fact, do not adequately articulate the contradictory attitudes and beliefs that made them possible. By contrasting Pound's politics to the political values and beliefs of Gertrude Stein and Louis Zukofsky during the Depression, this book argues that these three very different writers share a complex set of attitudes and beliefs that are grounded in a collective social fantasy corresponding to the rise of mass consumption and the emergency of corporate social forms.