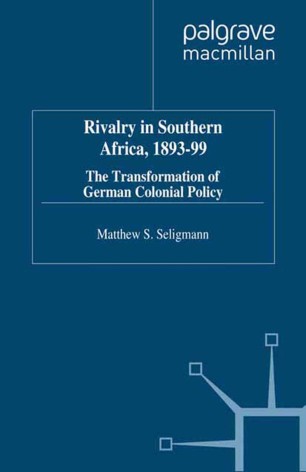 Seligmann focuses on the development of German policy towards the Transvaal and southern Africa in the 1890s. During this time Germany's flirtation with President Kruger and her confrontational approach to Britain threatened war. How did this come to pass? The author examines the roots of German policy and explores consequent rivalries and tensions. The conclusions show the importance of South Africa to German imperialism and the role it played in widening German imperial ambitions before the First World War.