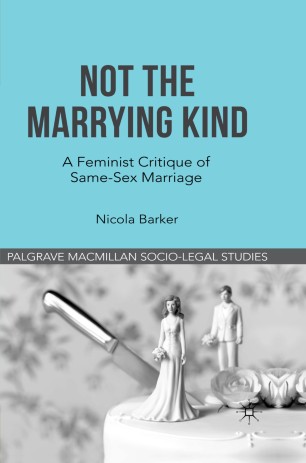 Not The Marrying Kind

A Feminist Critique of Same-Sex Marriage

Not the Marrying Kind is a new and comprehensive exploration of the contemporary same-sex marriage debates in several jurisdictions including Australia, Canada, South Africa, the United Kingdom and the United States. It departs from much of the existing scholarship on same-sex marriage, which argues either for or against marriage for same-sex couples. Instead, this book begins from a critical analysis of the institution of marriage itself (as well as separate forms of relationship recognition, such as civil partnership, PaCS, domestic partnership) and asks whether and how feminist critiques of marriage might be applied specifically to same-sex marriage. In doing this, the author combines the theories of second wave feminism with insights from contemporary queer theory.