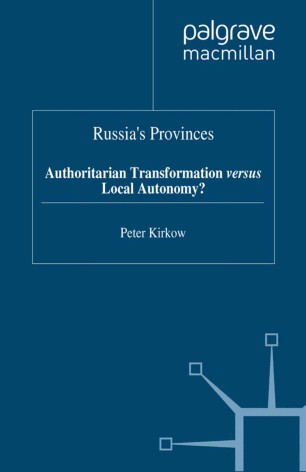 This book focuses on the evolution of federalism and intragovernmental relations in Russia for the period 1992-95 following the dissolution of the Soviet Union. Its main question is whether under conditions of democratisation and marketisation in Russia an authoritarian approach of 'transformation from above' is more favourable to one of granting more autonomy to local governments. The author suggests a scale of various reform implementation policies based on two pioneering case studies of Russian provinces.