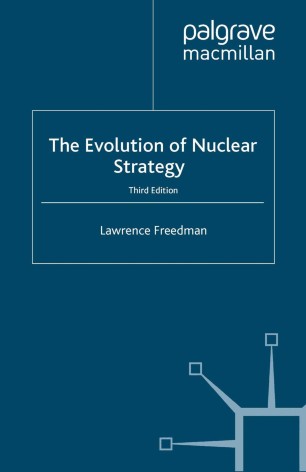 The Evolution of Nuclear Strategy

First published twenty years ago, Lawrence Freedman's Evolution of Nuclear Strategy was immediately acclaimed as the standard work on the history of attempts to cope militarily and politically with the terrible destructive power of nuclear weapons. It has now been rewritten, drawing on a wide range of new research, and updated to take account of the period following the end of the cold war, taking the story to contemporary arguments about missile defence.

LAWRENCE FREEDMAN is Professor of War Studies and Head of the School of Social Science and Public Policy at King's College, London. He is the author of many books and articles, including The Gulf Conflict (with Efraim Karsh) and Kennedy's Wars: Berlin, Cuba, Laos and Vietnam. In 1997 he was appointed Official Historian of the Falklands Campaign.