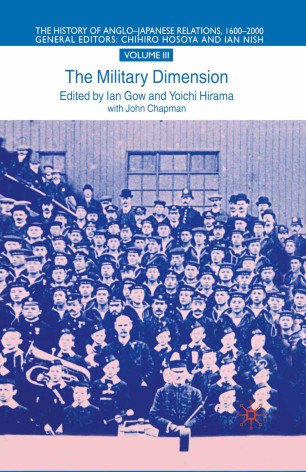 The five volumes in the series entitled The History of Anglo-Japanese Relations, 1600-2000 explore the history of the relationship between Britain and Japan from the first contacts of the early 1600s through to the end of the twentieth century. This volume presents 19 original essays by Japanese, British and other international historians and covers the evolving military relationship from the 19th century through to the end of the 20th century. The main focus is on the interwar period when both military establishments shifted from collaboration to conflict, as well as wartime issues such as the treatment of POWs seen from both sides, the Occupation of Japan and war crimes trials.

IAN T.M. GOW is Professor of Asian Studies and Dean of Nottingham University Business School and an authority on Japanese naval history and defence policy.

YOICHI HIRAMA is a retired Admiral and an ex-professor of Military History at the National Defence Academy, Japan.

JOHN CHAPMAN is senior research fellow in the Centre for War Studies, University of Glasgow.