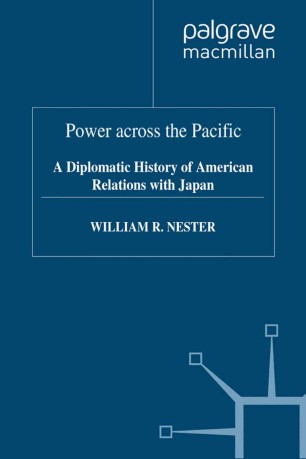 Power across the Pacific

A Diplomatic History of American Relations with Japan

America's relationship with Japan recently passed its 140th anniversary. Although over those years, hundreds of books and thousands of articles have explored different issues or periods of the relationship, no book has analyzed the entire relationship from beginning to present. The void can perhaps be explained by the relationship's complexity and changes over time. Two great cycles of initial partnership and eventual rivalry have shaped American-Japanese relations, one geopolitical (1853-1945) and the other geoeconomic (1945-present). This book fills that void as it systematically untangles the interrelated perceptions, convergent and divergent national interests, and shifting power relations which have shaped American policies toward Japan within those two great cycles. More specifically, it highlights the personalities, national moods, domestic issues and political alignments, and other pressing international concerns within which Washington has attempted to define and assert its interests toward Japan.

William Nester is the author of more than thirty books on international relations, military history, and the nature of power. He is a Professor in the Department of Government and Politics at St. John s University in New York, USA.