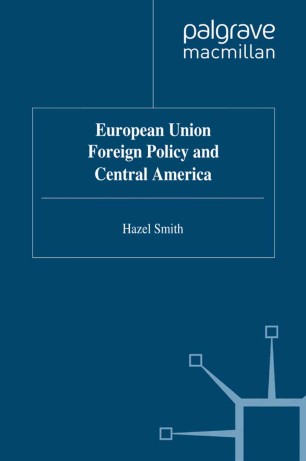 This book provides an evaluation of the European Community's transformation from a rather uncoordinated small group of member states, with a barely visible foreign policy, into a relatively cohesive and independent foreign policy actor, that is today known as the European Union. The EC's extensive and hitherto undocumented intervention in the high-profile Central American conflict of the 1980s demonstrates a coherence and convergence around a policy that was different from that of the United States and, in the end, more effective. The book also discusses how four key member states - Britain, the Federal Republic of Germany, France and Spain - reacted both to the growing crisis in Central America and to West Europe's conflictual relations with the US. The EC's foreign policy success will not easily be emulated in another international crisis. While the EU remains a non-unitary, non-state actor, it is only in 'non-crises' that the EU, particularly an enlarged EU, will be able to operate an effective foreign policy post-Maastricht.