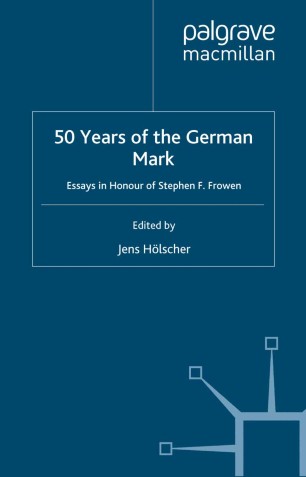 50 Years of the German Mark

This timely collection presents an authoritative overview of one of the three key currencies of the second half of the twentieth century, the German Mark. In his keynote essays, Charles A.E.Goodhart reflects on the future of the Euro against the background of the success story of the Deutsche Mark. His main concern is, whether fiscal policy in Euroland will be ready for action in case of an economic downturn. He also wonders whether the European Central Bank will be the same safeguard against inflation as the Bundesbank was. On the same issue of stability orientation Hans Tietmeyer reviews the fifty years lifetime of the German Mark pointing out that the Bundesbank will continue to have a say within the European Central Bank. In particular he emphasizes the vital part of the Deutsche Mark as cornerstone of the so-called Social Market Economy in postwar Germany. The volume will be of great interest to academics and practitioners alike.