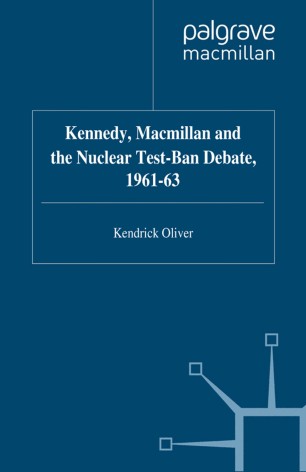 Drawing upon newly-released official and private papers, this book provides an intimate account of Anglo-American debates over one of the most grave and politically sensitive foreign-policy issues of the early 1960s. It examines the roles played by John F. Kennedy and Harold Macmillan in the test-ban negotiations between 1961 and 1963. It also describes the way in which contrasting domestic political imperatives and conceptions of how the Cold War could best be won, created tensions between the two allies. Nevertheless, they retained a broad unity of perspective and purpose, eventually producing the imaginative diplomacy that resulted in the signing of the Limited Nuclear Test-Ban Treaty in August 1963.