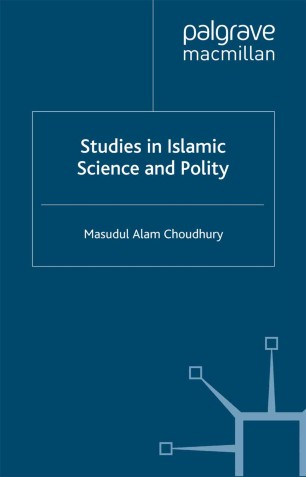 Studies in Islamic Science and Polity

There has been a great revival of interest in recent years in the concerns of Islamic political economy after several hundred years of hiatus in its long history. The independence of Muslim countries and the revival of Islamic movements around the world have been among the factors encouraging new interest among the Muslims and others in how economies and economic theory can be brought into line with the Islamic vision of a just society. Masudul Alam Choudhury shows that the contribution which Islamic political economy can make requires a study first of epistemological principles, about the purpose and sources of knowledge, the role of reason and the relationship between self-and social-interest in human affairs. The conclusions which arise from this analysis - about the role and limits of markets, the goal of combining efficiency and equity and the means of doing so with state provision of welfare everywhere in crisis - will prove illuminating to all of those interested in Islamic studies and political economy as well as to other observers and analysts of contemporary society.