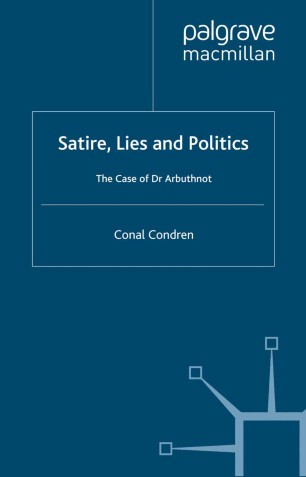 The Case of Dr Arbuthnot

This, the first full analysis of Arbuthnot's Art of Political Lying (1712), argues that the work is a commentary on long-standing themes of debate in science, rhetoric and philosophy and should be seen as a seminal satire standing in opposition to the practice of Swift and Pope. Rather than simply condemning dishonesty, Arbuthnot raises serious questions about the elusive nature of truth in politics. The argument thus traverses literary analysis, intellectual history and philosophy. An original version of the Art of Political Lying , based on English and French editions is supplied in the appendix.