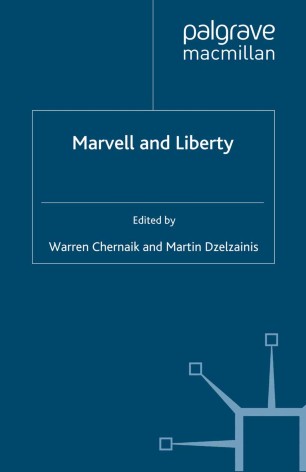 Marvell and Liberty is a collection of original essays by leading scholars which treats this major poet in an entirely new light. Uniquely, it gives equal attention to the full range of Marvell's writings. Marvell is a writer deeply implicated in the history of his time, and as the essays in this volume show, also exercised a potent political influence after his death. Marvell and Liberty constitutes a major reassessment of a figure who lived much of his life close to the epicentre of the revolutionary upheavals of the seventeenth century.