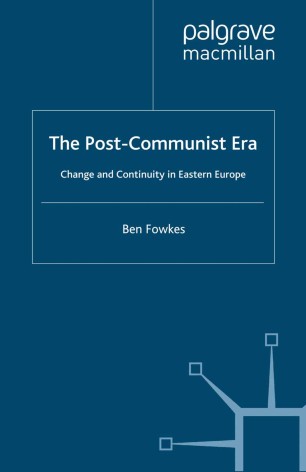 Change and Continuity in Eastern Europe

History did not come to an end with the collapse of communism in Eastern Europe. This book tells the story of what followed during the 1990s. Political and national conflict, social and cultural change and the economic challenge of the transition to the market are all given their due weight. The comparative approach is combined with a detailed treatment of individual countries in alternating chapters. The distinction is made here between East Central Europe, where the author's conclusions are largely optimistic, and the Balkans, where uncertainty still prevails.