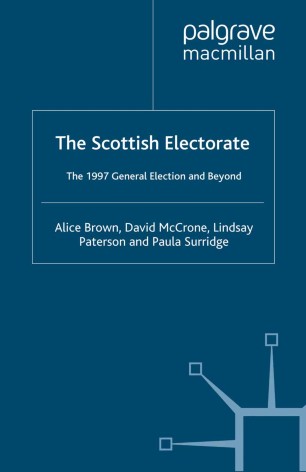 The 1997 General Election and Beyond

The book draws on original academic research to discuss the outcome of the 1997 general election in Scotland and the likely future shape of Scotland's politics. It offers the most rigorous and up-to-date assessment of Scottish electoral politics that is available, setting the 1997 Scottish result in a comparative context with the rest of Britain, and in a context of changing political attitudes and behaviour since the 1970s. The 1997 General Election ranks alongside 1945 and 1979 as a turning point in the post-war United Kingdom. The overwhelming endorsement of a Scottish Parliament in the September 1997 referendum will have dramatic implications for Scottish and British politics. This book enhances understanding of these developments and analyzes the relationship between national identity and the policy agenda as Scotland moves towards a new constitutional future.