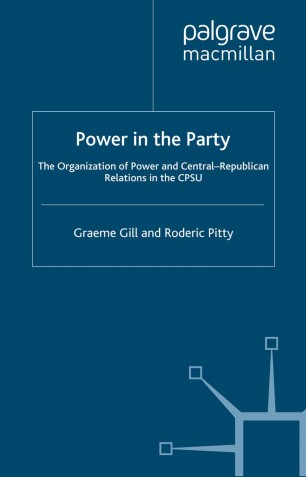 The Organization of Power and Central-Republican Relations in the CPSU

This book examines the course of official criticism of republican leaderships in the Communist Party of the Soviet Union from Stalin's death until the collapse of central control in the late 1980s. It focuses upon five republics, Uzbekistan, Tajikistan, Kazakhstan, Ukraine and Belorussia. The extraordinary power of the central leadership to replace particular republican leaders is contrasted with the continuing dominance of elite politics in these republics by local cliques with substantial and increasing autonomy from Moscow.