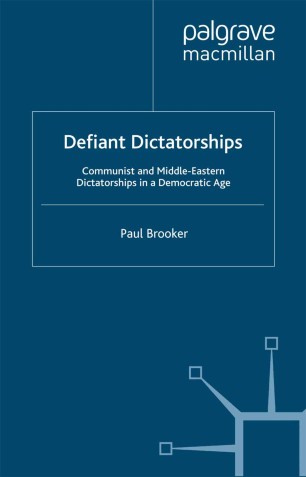 Why did some Communist and Middle-Eastern dictatorships, those in China, Vietnam, North Korea, Cuba, Syria, Iraq, Libya and Iran, remained defiantly stable during the onset of a democratic age in the 1980s and early 1990s? The book offers an explanation based upon external relations - the regimes' defiance of external military or political foes - and then searches for alternative or supplementary explanations by examining the changes that occurred in these dictatorships' political structures, ideologies and economic policies during 1980-94.