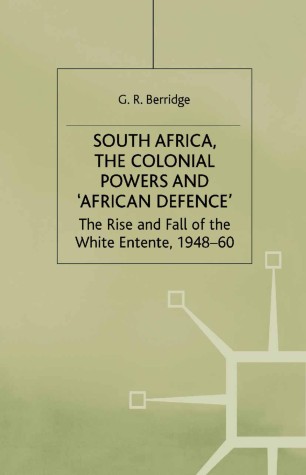 This book describes the fate of South Africa's drive, which began in 1949, to associate itself with Britain, France, Portugal and Belgium in an African Defence Pact. It describes how South Africa had to settle for an entente rather than an alliance, and how even this had been greatly emasculated by 1960. In light of this case, the book considers the argument that ententes have the advantages of alliances without their disadvantages, and concludes that this is exaggerated.

G.R. BERRIDGE is Professor of International Politics and Director of Research at the Centre for the Study of Diplomacy, University of Leicester.