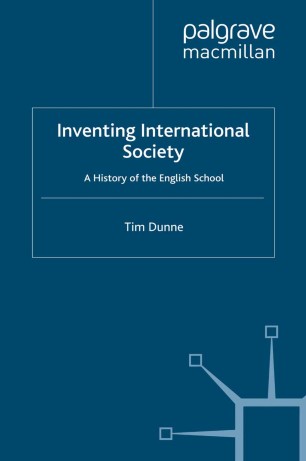 A History of the English School

TIM DUNNE is an associate editor of the Review of International Studies. He was appointed to a lectureship in the Department of International Politics at the University of Wales, Aberystwyth, in 1993. Before then, he was at St Antony's College, Oxford, completing an M.Phil. and a D.Phil in International Relations. In addition to writing a number of articles and chapters on The English School, he has co-edited a book on human rights (with Nicholas J. Wheeler).