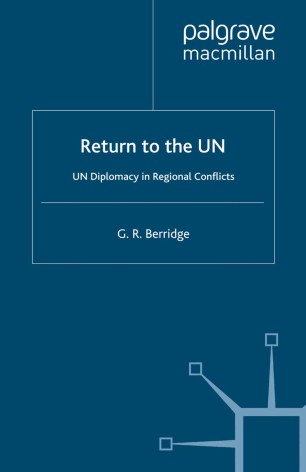 Return to the UN

Why have states returned to the United Nations with unprecedented enthusiasm since 1987? What is its role in 'peacemaking'? Does it have any relevance to what is probably still the most dangerous and intractable of all 'regional conflicts', that between the Arabs and the Israelis? By examining changes at UN headquarters (not least the institutionalization of 'secret diplomacy' in the Security Council) as well as the recent history of UN diplomacy, these are the questions which this book confronts.

G.R. BERRIDGE is Professor of International Politics and Director of Research at the Centre for the Study of Diplomacy, University of Leicester.