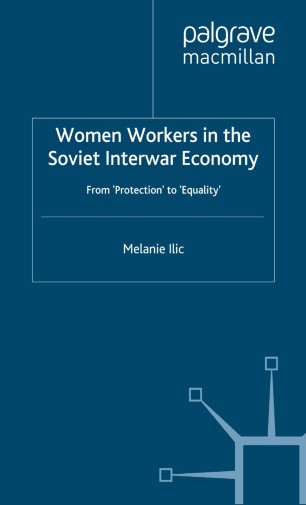 From ‘Protection’ to ‘Equality’

This book examines changes in official Soviet policy towards the labour protection of women workers, 1917-41. Important legislative enactments are analysed. In the 1920s emphasis was placed on the 'protection' of female labour by the agencies responsible for regulating women's role in industrial production. With the mass recruitment of women workers to the Soviet industrialisation drive by the early 1930s, labour protection issues were often ignored as women were encouraged to play a more 'equal' role in the production process.