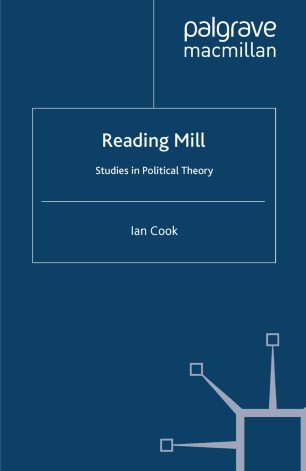 Reading Mill begins with the idea that political theory, as it is understood and practised in Anglophone Universities, is not one practice but a set of four alternative practices marked by divergent ontologies and epistemologies. Three of the conceptions of political theory identified are applied to produce markedly different readings of the works of John Stuart Mill. The work is designed to demonstrate that the alternative conceptions of political theory are coherent and offer different insights into Mill's works.

Ian Cook is Lecturer in Political Theory at the School of Social Sciences at Murchoch University in Perth, Australia.