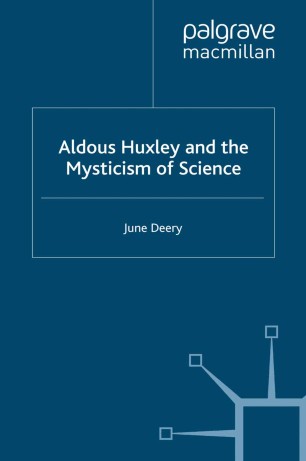 Aldous Huxley and the Mysticism of Science

Can religious belief survive in a scientific era? Aldous Huxley thought so. His early recognition of the profound significance of twentieth-century science and the need for moral and spiritual direction resulted in his espousal of mysticism. An examination of his fiction and nonfiction reveals Huxley's significance for cross-disciplinary debates between religion, science and literature and provides examples of the transmission or refraction of knowledge from one discourse to another.