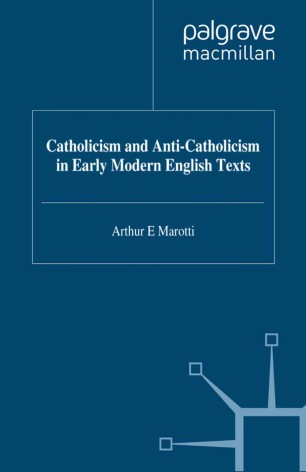 Responding to recent historical analyses of Post-Reformation English Catholicism, the essays in this collection by both literary scholars and historians focus on polemical, devotional, political, and literary texts that dramatize the conflicts between context-sensitive Catholic and anti-Catholic discourses in early modern England. They foreground some major literary authors and canonical texts, but also examine non-canonical literature as well as other writings that embody ideological fantasies connecting the political and religious discourses of the time with their literary manifestations.