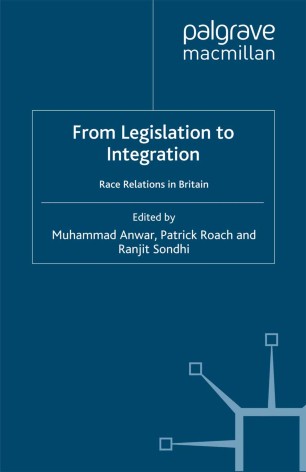 From Legislation to Integration?

Part of the Migration, Minorities and Citizenship book series (MDC)

Britain is now permanently a multi-racial and multi-cultural society, with a race relations legislative framework. From Legislation to Integration? provides a unique and comprehensive analysis of the contribution made by this legislation to the development of British race relations. The politics of the Race Relations Act 1976, the issues regarding law enforcement and the impact of legislation in British race relations are examined. Contextualising Britain, the book puts the situation in this country within the European Union framework and compares it with the United States. It also looks to the future and makes relevant suggestions to improve the current legislation. It will appeal to students of social sciences, researchers, policy-makers and professionals in the relevant fields, nationally and internationally.