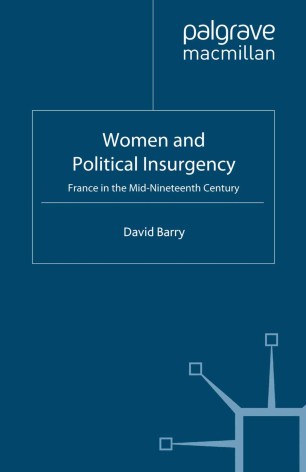 France in the Mid-Nineteenth Century

`A lucid and wide-ranging survey of the changing role of women in insurgent movements in nineteenth-century France that will be invaluable for those interested in both women's studies and French history' - Pamela M. Pilbeam, Royal Holloway, University of London. This book provides a broad survey of the development of female insurgency in France between 1789 and 1871, and lays particular emphasis on the conflicts of 1830-51. Drawing on unused archival material, Barry demonstrates that a tradition of women's protest evolved from the 1789 Revolution, assuming particular forms associated with the exclusion of females from political and civil rights, and inviting both praise and vilification. The conclusions challenge the view that in nineteenth-century France women retreated altogether from popular movements.