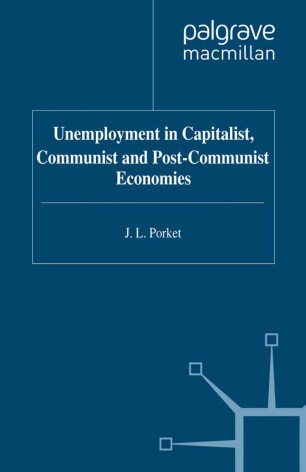 No modern economy can escape open unemployment as long as free labour and a free labour market exist. In any modern economy, there exists a tension between economic individualism and economic collectivism, but market forces cannot forever be denied. While Part 1 examines open and hidden unemployment in capitalist market economies and socialist command economies prior to 1989, Part 2 concentrates on the issue of unemployment in post-communist economies between 1989 and the end of 1993. Finally, Part 3 summarizes, re- examines, and expands on those selected dimensions of the issue of unemployment that are deemed currently to be relevant to both Western and post-communist economies. Although the book is primarily about unemployment, open as well as hidden, it also is about economic systems and their transformation and, hence, about the role of the state in the economy.