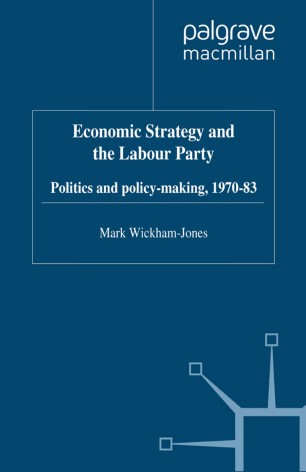 Economic Strategy and the Labour Party

Economic Strategy and the Labour Party examines the nature and development of the Labour party's economic policy between 1970 and 1983. Drawing on extensive archival research, Mark Wickham-Jones analyses the radical nature of the new proposals adopted by the party in 1973 and charts the opposition of Labour's leadership to them. The resulting disunity was the central cause of leftwingers' demands to reform Labour's constitutional structure and of the party's election defeat in 1983. Mark Wickham-Jones assesses the nature of Labour's social democratic objectives and the organisational structure of the party. In the Epilogue he provides a detailed account of the internal reforms under Neil Kinnock's leadership of the party which have helped to secure the foundations of Labour's electoral recovery since 1983.