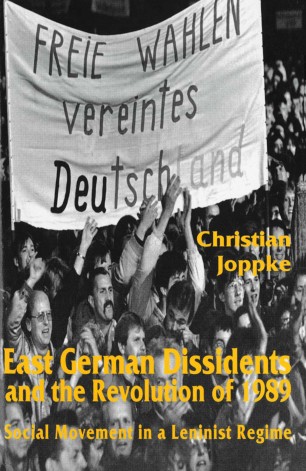 East German Dissidents and the Revolution of 1989

Social Movement in a Leninist Regime

In contrast to the dissident movements of Eastern Europe, the East German movement remained committed to the 'revisionist' reform of the communist regime. This book tries to explain why. It is argued that the peculiarities of German history and culture prevented the possibility of a 'national' opposition to communism. As a result, East German dissidents had to remain in a paradoxical way 'loyal' to the old regime.

CHRISTIAN JOPPKE is currently Jean Monnet Fellow at the European University Institute, Florence, where he will continue as Associate Professor in Sociology, and during 1993-94, Research Associate at the Centre for German and European Studies , Georgetown University. He is the author of the mobilizing against Nuclear Energy: a Comparison of Germany and the United States