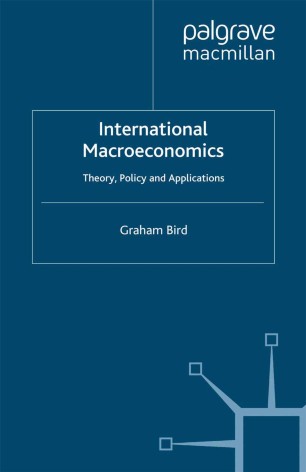 This book provides a non-mathematical introduction to the macroeconomic analysis of both the open economy and the world economy. While it presumes some basic understanding of macroeconomics, it does not require any significant mathematical capability. The first part examines the macro theory of the open economy: the second part examines macroeconomic stabilisation policy in the context of an open economy, and the world economy: and the third part looks at various case-studies or applications of the analysis introduced in the first two parts. This has been radically rewritten to accommodate recent global economic events, and demonstrates how the theoretical discussion goes a long way to explain recent changes in the world economy. Each chapter is accompanied by some brief notes and additional references but the intention has been to keep the book short and manageable. The practical orientation of the book ensures that it will be of interest to policy-makers, but it is also suitable for first- or second-year undergraduates, either as a course text or as a supplement to other more conventional macroeconomics textbooks.