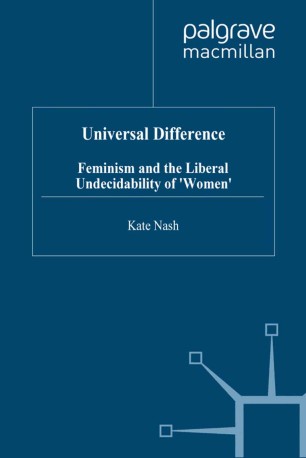 Feminism and the Liberal Undecidability of ‘Women’

The author argues that rather than seeing liberalism as exclusionary of women's specificity, as many contemporary feminists do, we should look at variations in liberalism, and in particular at its democratisation in the nineteenth century, and at how feminists have used liberalism as a resource. Liberalism is analysed using a post-structuralist theory of hegemony: texts of liberal political philosophy are deconstructed to show how the term 'women' is used as an 'undecidable' in the Derridean sense to produce the opposition between feminine private and masculine public spheres; these texts are then linked to liberal-democratic social and political practices, including feminism as a social movement.