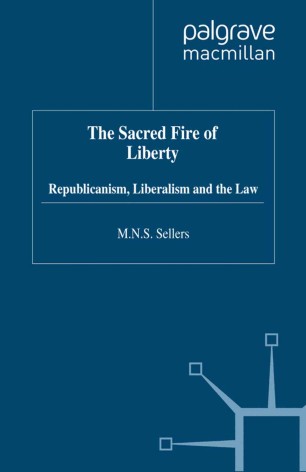 The Sacred Fire of Liberty

Republicanism, Liberalism and the Law

This book describes the origins of the concept of liberty in the legal and political thought of Rome, Italy, England, France and the United States of America. Professor Sellers traces the development of liberty and republican government over two centuries of European history, in association with liberal ideas. This study reveals republicanism as the parent of liberalism in modern law and politics, and demonstrates the continuing value of republican ideas in securing the liberty of contemporary states and their citizens.

MORTIMER NEWLIN STEAD SELLERS is a University System of Maryland Regents Professor and Director of the Center for International and Comparative Law and Professor of Law at the University of Baltimore. He is the author of American Republicanism, also available from Palgrave Macmillan.