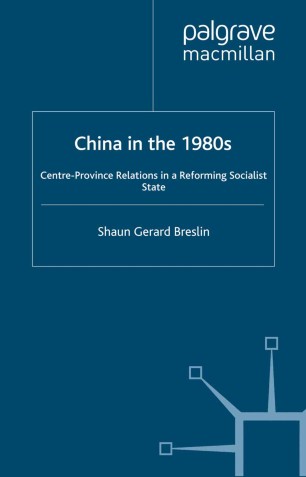 This book analyses the changing nature of centre-province relations in China in a period of rapid economic change. It aims to show how leadership conflicts over the nature and scope of economic change gave rise to an incremental and reactive reform process. The resulting partially reformed economic system not only gave many provincial leaders the ability to ignore central economic commands, but the perceived consequences of reform also increased the desire of some local leaders to assert their independence.

Shaun Breslin is Professor of Politics and International Studies and Director of the Centre for the Study of Globalisation and Regionalisation at the University of Warwick, UK. He is also Senior Scientist with GR:EEN and Associate Fellow at the Chatham House China Programme.