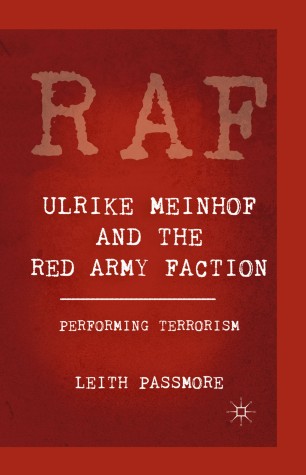 With a communicative approach to the phenomenon of terrorism and new archival sources, the book documents Meinhof's journalism and terrorism (1959-1976) and challenges many of the established narratives that have calcified around the story of Meinhof and the history of Germany's most infamous terrorist group.

LEITH PASSMORE holds a doctorate in History and German Studies from the University of Western Australia and is a postdoctoral fellow at the Universidad de Chile.

'Passmore has produced a lively, thought-provoking, and accessible work that uses the life of Ulrike Meinhof and her role as chief writer and propagandist of the Red Army Faction (RAF) to fruitfully explore the concept of terrorism as a theatrical, communicative act. Recommended.' CHOICE

"Passmore's study contributes to a nuanced understanding of the communicative strategies deployed by the RAF in its discursive struggle against the Federal Republic." - German History