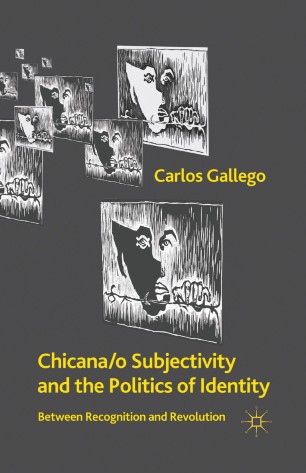 Chicana/o Subjectivity and the Politics of Identity

Between Recognition and Revolution

This book traces the influence of Hegel's theory of recognition on different literary representations of Chicano/a subjectivity, with the aim of demonstrating how the identity thinking characteristic of Hegel's theory is unwillingly reinforced even in subjects that are represented as rebelling against liberal-humanist ideologies.

Carlos Gallego is Associate Professor of English at St. Olaf College, USA. His work has appeared in academic journals such as Biography, Aztlán, Cultural Critique, and Western Humanities Review. He is currently finishing a book examining popular representations of psychopathology in American Culture.

"In arguments that are as noteworthy for their stylistic elegance as for their command of theory, Carlos Gallego convincingly demonstrates how the ideological tensions inherent in Chicano/a politics originated with the contradictions of the liberal subject. Chicana/o Subjectivity and the Politics of Identity poses the most important challenge to the organizing premises of identity politics yet written."

"Chicana/o Subjectivity and the Politics of Identity is one of the most theoretically sophisticated studies ever published on Chicano literature and culture.Drawing equally on the critical traditions of Marxism and psychoanalysis, Carlos Gallego challenges readers to rethink methods of literary interpretation based on ideologically driven theories of subjectivity. In dialectical fashion, he stands the liberal humanism of cultural identity politics on its head.Impressive!" - Marcial González, author of Chicano Novels and the Politics of Form: Race, Class, and Reification