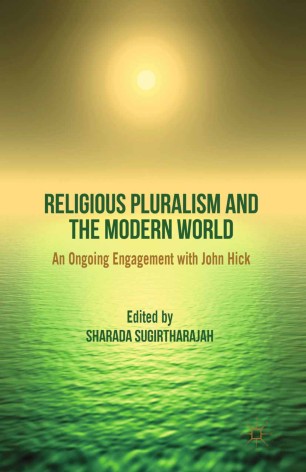 Religious Pluralism and the Modern World

An Ongoing Engagement with John Hick

A fascinating collection of essays by leading scholars in the field engage with the idea of religious pluralism mooted by John Hick to offer incisive insights on religious pluralism and related themes and to address practical aspects such as interreligious spirituality and worship in a multi-faith context.

'This book is a welcome tribute to Professor John Hick on his ninetieth birthday, [and] further amplifies his refreshing message for our modern age, so characterized by plurality, that the truth may not lie so much with any one of us as between and among us.' - Arvind Sharma, Birks Professor of Comparative Religion, McGill University, Canada

'Religious pluralism by John Hick is influential over many Japanese including Shusaku Endo, a well-known Catholic novelist whose last novel was Deep River. In the novel, the pluralist theme was expressed. Not only Christians but also Buddhists in Japan now recognize Hick's way of understanding religion as compelling importance for building a peaceful world. In this sense, the essays collected here and reflecting Hick's legacy, looking especially at his philosophical and theological concerns are a real and valuable contribution.' - Hiromasa Mase, Professor Emeritus of Keio University in Tokyo, Japan

'John Hick's wide ranging and important contributions to the philosophy of religion are fittingly recognised in these essays. Collectively and individually, they testify to the enduring significance of Hick's treatment of such issues as religious pluralism, the problem of evil and the nature of salvation. They will be of interest to students of religion in general and of John Hick in particular.' - Peter Byrne, Emeritus Professor of Ethics and the Philosophy of Religion, King's College London