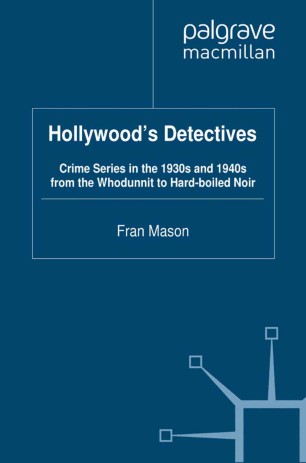 The study of Hollywood detectives has often overlooked the B-Movie mystery series in favour of hard-boiled film. Hollywood's Detectives redresses this oversight by examining key detective series of the 1930s and 1940s to explore their contributions to the detective genre.