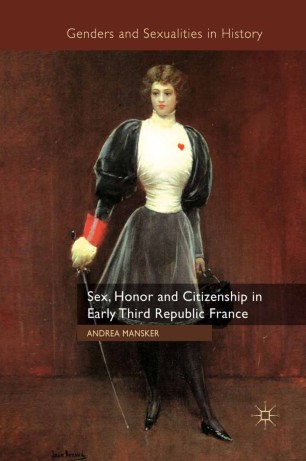 A repositioning of French women's struggle for suffrage within the distinct cultural landscape of the masculine honour system. Whether activists demanded admission to the popular ritual of the duel or publicly shamed men for their extramarital sexual behaviour, they appropriated extralegal honour codes to enact new civic and familial identities.

ANDREA MANSKER is Associate Professor of History at Sewanee: University of the South, USA. She recently contributed to the volume edited by Elinor Accampo and Christopher E. Forth, Confronting Modernity in Fin-de-Siècle France: Bodies, Minds and Gender (2010).