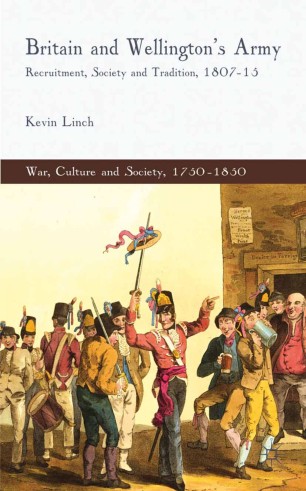 Britain was France's most implacable enemy during the Napoleonic Wars yet was able to resist the need for conscription to fill the ranks of its army and sustain Wellington's campaigns in Portugal and Spain. This new study explains how the men were found to replenish Wellington's army, and the consequences on Britain's government, army and society.

KEVIN LINCH currently holds an Arts and Humanities Research Council Grant on 'Soldiers and Soldiering in Britain, c.1750-1815' , and recent publications include 'A Geography of Loyalism? The Local Military Forces of the West Riding of Yorkshire, 1794-1814', in War & Society and 'A Citizen and not a Soldier: The British Volunteer Movement and the War against Napoleon' in Soldiers, Citizens and Civilians: Experiences and Perceptions of the Revolutionary and Napoleonic Wars, 1790-1820.