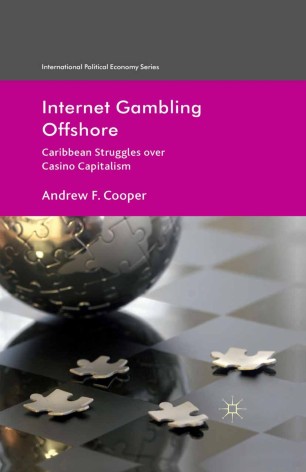 In the aftermath of the financial crisis, Cooper locates the WTO-focused struggle between the US and the very small island state of Antigua on Internet gambling in the wider International Political Economy. He draws connections between gambling and offshore and/or enclave cultures and points out the stigmatization of 'Casino Capitalism'.

'Cooper's study of the global Internet gambling industry captures like in a holographic image the complexities and nuance of contemporary international politics where morality, regulatory and material interests clash and intersect. It is a superb study that questions our conventional notions of power, interest or outcomes in a globalized political economy.' Ronen Palan, Professor of International Political Economy, University of Birmingham, UK

'As Andrew Cooper shows in this absolutely fascinating book, "casino capitalism" is not just a metaphor for a wheeling-and-dealing global financial system but a massive commercial sector - partly operating in cyberspace - that has been entirely glossed over by International Political Economy scholars. Internet gambling, as Cooper persuasively demonstrates, is not just an extremely interesting case study in its own right but a cutting edge illustration of the international politics of regulating the "offshore world".' Peter Andreas, Professor of Political Science and International Studies, Brown University, USA

'Andrew Cooper has produced the first book to focus on the important case of internet gambling and it will probably be the definitive account. It will be of interest to many non-specialists.' Literary Review of Canada

"I would highly recommend this accessible and interesting book to students, academics, policy-makers and those with a general interest in international politics/political economy." - Commonwealth & Comparative Politics