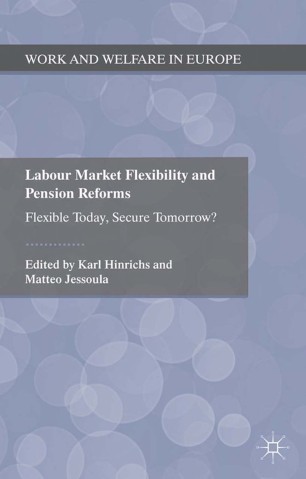 Part of the Work and Welfare in Europe book series (RECOWE)

Increasingly flexible labour markets and reforms of old-age pension systems are still ranking high on the political agenda of European countries. This volume investigates whether, and to what extent, the interplay between pension reforms and the spread of 'atypical' employment patterns and fragmented careers has a negative influence uponeconomic security in old age. The volume, therefore, analyzes the flexibility-security nexus by focusing on the post-retirement phase, thus extending the conventional narrow concept of 'flexicurity'. The book also questions whetherreforms of public and private pension schemes compensate or aggravate the risks of increasingly flexible labor markets and atypical employment careers after retirement? Around this overarching research question, the various contributions in the volume employ the same analytical framework in order to map, and then compare, the developments in seven European countries - Denmark, Germany, Italy, the Netherlands, Poland, Switzerland, and the UK which present different labour market arrangements and various degrees of flexibility, as well as diverse pension systems.

'...a well researched, well edited, and clearly written book, and anyone with anything to do with pensions policy should be reading it.' - Citizen's Income Trust